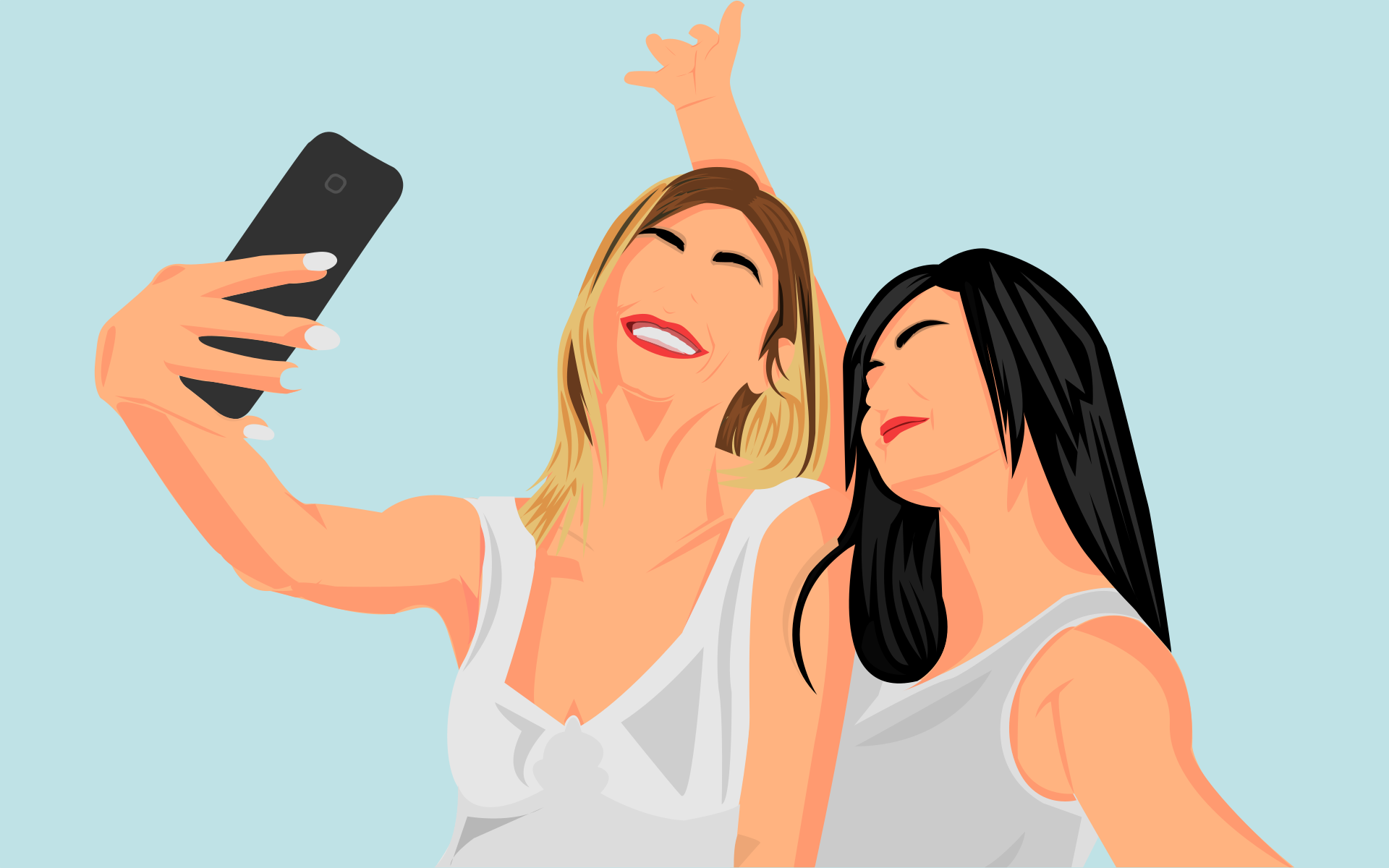 Sociology of selfies, a memento of (in)action

In predominantly western cultures selfies are an exhibition and performance of oneself. Selfies are everywhere (Senft & Baym, 2015, p. 1588) and they have become the core component of many social media platforms, specially one such as Instagram. While the phenomenon of taking selfies is widely common across the globe, the intention and meaning behind the click on the phone camera can be completely different depending on your location. In the West, often times selfies are paired with filters that enhance the natural features our face, making it more conventionally beautiful. Clearly, this comes with issues on the self-esteem of those who do not naturally share those same features to begin with.

In other countries, the situation on selfies is radically different: users in countries with marginalized power and empowerment tend to use selfies as tool to raise awareness about social issues within the country and trigger social and political change (Senft & Baym, 2015, p. 1597). Is awareness enough to trigger change? Surely, Selfies are sometimes the only way to be heard, the only way to unite communities (Baym, 2015, p. 75) of activists and hope to raise awareness to make a difference.

In its simplest definition, a selfie is a “photographic object that initiates the transmission of human feeling in the form of a relationship.” (Senft & Baym, 2015, p. 1589) As Senft and Baym rightly suggest, selfies are objects that are used to communicate among online users. As such, they are nonhuman agents that help shape the way society communicated and relates to each other, becoming part of the infrastructure of the digital (Senft & Baym, 2015, p. 1589). Used this way, selfies open a window into the intimacy of the one who shares them (Hogan, 2010, p. 379), revealing their fragility and strengths. That is perhaps the reason why applying filters to selfies becomes so pivotal: users can benefit from the relationship of mutual exchange while only revealing a diluted version of self, in order to not appear vulnerable to others.

Unfortunately, however, the habit of seeing one’s own face through the phone camera lens and beauty filters (that impose a kind of standardized beauty) disrupted the appreciation of human uniqueness and peculiarity. In fact, the difference between a real, unedited face, and a filtered selfie drove several young women to look for cosmetic surgery in order to look more like their digitally altered images. The constant use of selfies to communicate and present ourselves to the world has undoubtedly caused harm to our inner self, to different degrees.

A hashtag to create a spark, virality to burn it out

While selfies and their beauty filters can have their disruptive effects on selfies that might be considered “self-celebrative” and narcissistic in nature (Senft & Baym, 2015, p. 1590), selfies can be a tool for free speech, empowerment, and social change for marginalized communities (Senft & Baym, 2015, p. 1593). Issues of asymmetrical political power manifest in selfies that stand for a social cause, or that create a “networked reflective solidarity” by linking networks of people who share same political sentiments (Senft & Baym, 2015, p. 1596-1597). In this case, selfies are used to communicate issues that would otherwise be silenced. They bring an awareness, usually through common hashtags in the description of posts, that would otherwise be ignored by most.

However, is awareness enough to enable meaningful change? During this past summer, a series of black and white selfies, along with the hashtag #challengeaccepted surfaced. Their purpose was to bring awareness to the Turkish increasing feminicide rate, and a protest against media who portrayed black and white pictures of women who passed away without much more comment of the issue. Once the campaign became viral on Instagram, it gradually lost its meaning, with Hollywood celebrities simply celebrating fellow women. Surely, this is simply one unsuccessful example of attempt to create a spark for change, but it is worth noting when considering the effect of selfies on a mass-scale.